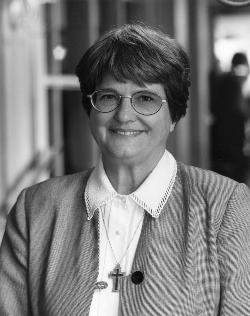 Catholic Schools Week Catholic Identity Assembly with Sister Helen Prejean, CSJ
Join SGMHS in celebrating Catholic Schools Week by listening to Sister Helen speak about her work to abolish the death penalty. Sister Helen is a member of the Congregation of St. Joseph and has walked with many death row inmates as their spiritual advisors. After witnessing her first execution, she wrote Dead Man Walking: An Eyewitness Account of the Death Penalty in the United States. It became a movie, an opera and a play for high schools and colleges. Since 1984, Sister Helen has divided her time between educating citizens about the death penalty and counseling individual death row prisoners. In doing so, she began to suspect that some of those executed were not guilty. This realization inspired her second book, The Death of Innocents: An Eyewitness Account of Wrongful Executions.
For more information and to RSVP for this event please Contact Raquel Cagigas at 626-282-3181x113 or rcagigas@sgmhs.org.
Print